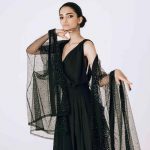 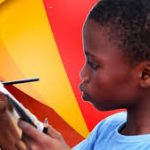 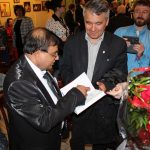 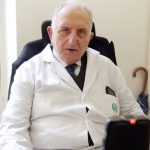 Under the initiative of the International University of Fundamental Training for the first time in domestic and a world history in St. Petersburg/October, 2007 will be carried out International Areopagus Arts “Apollon“, putting by the purpose, according to the name to consolidate the most authoritative in the world of art workers for definition of the best achievements by them in various kinds of art (the literature, painting, theatre, cinema, ballet etc.).

Apollon- the Greek Olympic god, the observer of harmony Space and human, the carrier of the light beginning in life. The Greek language does not allow to open ethymology of name “Apollon” (at him), most likely, not Indo-europe an origin). Name “Apollon” has, thus, Intercontinental value.

In Greece were carried out Delphic games (6 in. Up to AD – 4 in. AD) in honour Apollon – the patron of arts.

Apollon – the musician cither (kithára). The patron of singers and musicians, the inspirer and the driver of muses (Evterp – lyrical poetry, calliope – the epos, the Waist – a comedy, Melpomene – tragedy, Terpsichore – dance, the Clio is a history etc.). Apollon learns (teaches) people of wisdom and to different arts, stops conflicts and gives force to people. Apollon – the organizer and the organizer in the field of morals and various kinds of art.

First sculptures Аполлона concern to 8-5 in in. Up to AD Image Apollon took an outstanding place in art of Middle Ages, Revival etc. historical epoch (painting, music, the literature etc.).

Areopagus – the supreme body of judicial and political authority in ancient Athenes (Greece). Allegorically is a supreme spiritual court in spiritual sphere, including art. Assembly of authoritative persons for the decision of the important questions, including creative.

International Ареопаг Arts “Apollon” assumes the organization and realization of various creative actions (concerts, performances etc.) at participation of art workers from the various countries of the world.

Authoritative jury Areopagus awards for high creative achievements to direct participants Areopaga and to other art workers of the world the award as figurine Apollon  made of a marble or plaster.

The award is awarded by separate kinds of art creativity. The basic criterion for an estimation of a separate work of art, author’s creativity of the certain period or taken as a whole, and also activity of the representative of any art for the certain period or all creative life, is ability to strengthen and develop with the help of art interaction of various nations of the world, carriers and spokesmen of various cultures, for the blessing of all and everyone, living on our restless planet.

International Areopagus Arts “Apollon” which is public action, it will be carried out(spent) alternate years, since 2007 in different cities of the world, and with assistance of the state bodies of various character and a level.

The initiative group including representatives of the various countries of the world and the various organizations, forms Organizing committee for realization Ареопага and defines(determines) his(its) structure and structure of jury Areopaguson the basis of the acted(arrived) applications and offers. In the further jury it can be selected members Ареоpagus.

The address of organizing Committee Areopagus of Arts “Apollon“: